Using these easy cleaning methods for all your countertops, will eliminate most potential problems without ever having to think too hard about it or worry that you may be causing damage to your countertop.

Granite is a very dense material and porous so it can get stained if a spill isn’t cleaned quickly. Sealing the surface with a sealant is therefore recommended to protect the granite from water patches and stains. This is provided to you with a 15-year sealer upon installation.
Granite is a remarkable material for kitchen countertops. Next to a diamond, granite is one of the hardest natural stones on earth. Polished granite will continue to remain with a high gloss essentially forever. Typical use of kitchen knives, cutlery, and cookware will leave no scratches. Heat has virtually no effect on granite, making it safer than artificial surfaces. Hot pots and pans will not dull granite’s shiny finish, but the use of trivets is recommended to keep your granite counter clean.

Daily: Truthfully, hot water and a sponge are enough to wipe up spills and debris and keep your countertops clean and tidy throughout the day. At the end of the day, a quick spray and wipe of the most heavily used areas with a STONE CLEANER will adequately clean, disinfect and protect your countertops.

Granite : an igneous rock with grains large enough to be visible with the unaided eye. It forms from the slow crystallization of magma below Earth’s surface. Due to this granite has a higher heat resistance of up to 800 degrees Fahrenheit and is composed mainly of quartz and feldspar with minor amounts of mica, amphiboles, and other minerals. This gives it a hardness ranking between 6.5 – 7 on the Mohs scale of hardness.

Engineered Quartz : is a man-made engineered stone. Quartz countertops are formed by combining 80% – 90% ground quartz (a natural hard mineral) with 10% – 20% resins, polymers, and pigments. This forms a very hard “granite-like” surface ranking it at a 7 on the Mohs scale of hardness. Due to this the countertops are extremely durable and less porous than natural stone. With the man-made resins though, quartz only has a heat tolerance of up to 350 degrees Fahrenheit.

Quartzite : a metamorphic rock is formed when quartz-rich sandstone or chert has been exposed to high temperatures and pressures. Such conditions fuse the quartz grains together forming a dense, hard, equigranular rock. Due to its formation similar to granite, quartzite has a heat tolerance of up to 800 degrees Fahrenheit and ranks at a 7 on the Mohs scale of hardness.

Dolomite : is formed when warm, shallow, marine environments where calcium carbonate mud accumulates in the form of shell debris, coral fragments, and carbonate precipitates and forms as dolostone or mixed dolostone/limestone sedimentary rocks. It is pressure resistant, heat resistant, and even wear resistant. This contributes to the resultant dolomite countertop durability. Dolomite is not marble, granite, or quartzite and has a heat tolerance of up to 600 degrees Fahrenheit, with a ranking on the Mohs scale of 5 – 6.

Marble : is a metamorphic rock formed when limestone is exposed to high temperatures and pressures. Marble forms under such conditions because the calcite forming the limestone recrystallizes forming a denser rock consisting of roughly equigranular calcite crystals. Though marble ranks at a 3 on the Mohs scaled of hardness, its heat tolerance while not high as granite is still more tolerable than engineered quartz at 350 – 400 degrees Fahrenheit.

Soapstone : is a natural rock that is formed when igneous rocks in ancient ocean rift zones experience significant heat and pressure due to mountain formations and tectonic movement. The talc mineral in soapstone gives it that soft, smooth feel, it is also an anti-microbial material. Soapstone has a heat tolerance up to 770 Fahrenheit, and a Mohs scale hardness that ranges from 2.5 – 5, depending on the type of stone you get.

Fun Fact : For refence on hardness, diamonds are the hardest stone In the world and rank at a 10 on the Mohs scale of hardness.

Looking for something specific? 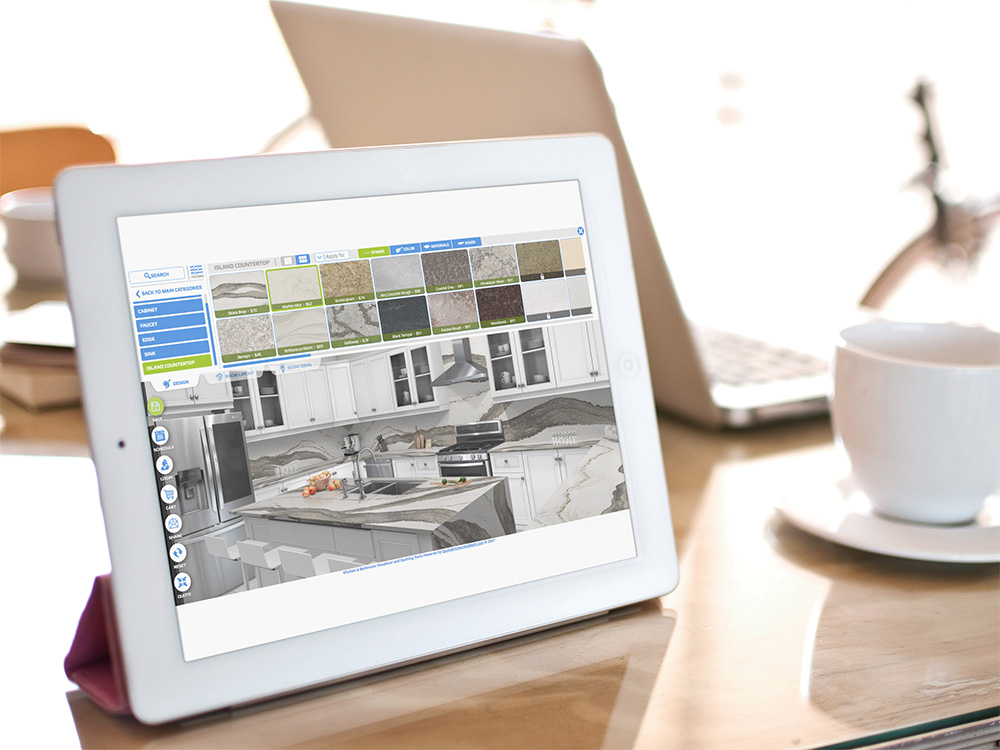